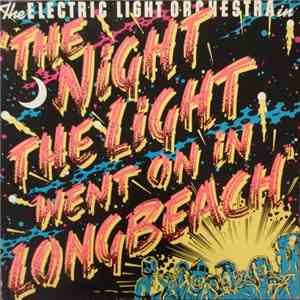 Eldorado (subtitled as A Symphony by the Electric Light Orchestra) is the fourth studio album by the Electric Light Orchestra (ELO). It was released in the United States in September 1974 by United Artists Records and in the United Kingdom in October 1974 by Warner Bros. Eldorado is the first complete ELO concept album; bandleader Jeff Lynne conceived the storyline before he wrote any music.

Electric Light Orchestra recorded a version for their 1974 The Night the Light Went On in Long Beach live album. Dolly Parton recorded a version in 1979, releasing her cover as the title song of her Great Ball of Fire album; her recording was released as the "B" side of her "Sweet Summer Lovin'" single, and it received a moderate amount of radio airplay during the fall of 1979. Parton still often includes the song in her concert set lists.

Electric Light Orchestra (or ELO for short, now going by Jeff Lynne's ELO) is a British rock group from Birmingham, England, which released eleven studio albums between 1971 and 1986 and two more albums, Zoom in 2001 and Alone In The Universe in 2015, both which featured only Jeff Lynne and Richard Tandy from the original lineup. Following the 2015 album release, the band has toured as Jeff Lynne's ELO. ELO was inducted to the Rock and Roll Hall of Fame in 2017. Sites: jefflynneselo. com, MySpace, elolya. Jeff Lynne's ELO is scheduled to release a new album in October of 2019. Not exactly confirmed, but i's actually gossip from a record distributor, so it could be trusted. Jeff has already registered the song titles with ASCAP.